History of the Order

The Order of the First Families of Mississippi 1699-1817 began as the result of a question. Mrs. Allen Turpin, Sr. of Monroe. Louisiana, wrote a letter to Mr. Charles Owen Johnson, an attorney, historian and genealogist of Washington D. C. and formerly of Monroe, to ask a question. Was there an organization in Mississippi to honor the early settlers of the state similar to the First Families of Virginia or the Louisiana Colonials ? Mr. Johnson did not know the answer but was intrigued by the possibility. He contacted Mrs. Laura Harrell of the Mississippi Department of Archives and History. She replied that there was no such organization but Mrs. Herbert D. Forrest and Mrs. Swepson Taylor, both of Jackson, might be interested in organizing such a society.

It was decided that the purpose of the organization would be to further the study of the history of the State of Mississippi prior to 1817, when it was admitted to the Union, and to promote educational, historical, genealogical, patriotic, literary, and social activities. Membership would be limited to persons who could prove direct lineal descent from an ancestor who was born in or lived in what is now the State of Mississippi between the years 1699 when the French settled Old Biloxi and December 10, 1817, when Mississippi officially became the twentieth state in the United States of America.

The first annual General Assembly was held at The Carriage House on the grounds of Stanton Hall in Natchez, Mississippi, on October 28, 1967. Mr. Charles Owen Johnson, Member Number 1, was installed as the first Governor General along with a staff of officers to be known as the General Council. Officers would serve a two year term of office. A membership certificate was adopted. Mr. Everette G. Truly of Natchez presented a program on the early history of Mississippi.

The membership increased through the years and the organization started to grow. The first Governor General, Owen Johnson, and some of the other founding members had expressed interest in the organization sponsoring a debutante ball. The first Colonial and Territorial Cotillion of Mississippi was held at The Eola Hotel in Natchez, Mississippi, on Friday, May 8, 1987, with ten young ladies making their debut. There have been eight cotillions held since 1987, in alternate years and depending on the number of young ladies who are interested in participating.

In the early 1990s it was apparent that there was a need for an office/headquarters to serve as a central contact point for officers and members. There was also a need for a place to store membership applications, financial records, and memorabilia that belonged to the organization. Space was available at the Historic Natchez Foundation at 108 South Commerce Street in Natchez, Mississippi. The office opened in February 1994 with Suzannah Patterson as the manager. Mrs. William F. Prince served as manager from 1995 – 2000 and Catherine Ruth Prince has served as manager from 2000 to the present.

A newsletter was also introduced in the early 1990s. It is published and mailed to members in the winter and the summer. In 2009 The Order of the First Families of Mississippi 1699-1817 came into the 21st century and went online with a website.

Through the years The Order of the First Families of Mississippi 1699-1817 has met the organizing purposes of historic preservation, historical research, and education. It has supported organizations with a similar purpose such as the Mississippi Department of Archives and History, the Historic Natchez Foundation, and the Center for the Study of Southern Culture at the University of Mississippi. Donations have been made to historical organizations in the communities that have hosted our Fall Gathering such as the Lincoln County Museum in Brookhaven and the Wilkinson County Museum in Woodville. The organization has published lineage books Register I 1981, Register II 1991, and Register III published in 2009. These books contain a record of the lineage of members and a biographical sketch of the ancestors. In 1994 The Order of the First Families of Mississippi 1699-1817, established the Award of Meritorious Leadership in Mississippi History and Genealogy. This award honors persons who have made outstanding contributions in these areas through research, publications, and historic preservation. Members have an opportunity to make nominations for this honor. The selection committee is composed of past recipients who are also members of the organization. This award has been presented to seventeen persons since 1994.

As we celebrate our Golden Anniversary, 1967-2017, just over 1,600 persons have been admitted to membership in The Order of the First Families of Mississippi 1699-1817, with approximately 600 active today. The residency of more than 700 ancestors has been proven. Meetings are held twice a year. The Spring General Assembly is held in Natchez, Mississippi, in the spring. The Fall Gathering is held in different locations throughout Mississippi and occasionally in Louisiana, usually in October. The meetings provide an opportunity for the descendants of the earliest settlers of the State of Mississippi to gather for a time of fellowship and to exchange genealogical information.

Charter Members – Persons who became a member in the first year.
Membership numbers 1 through 43. 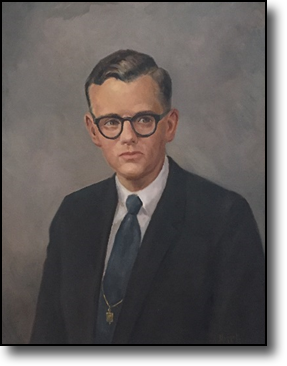